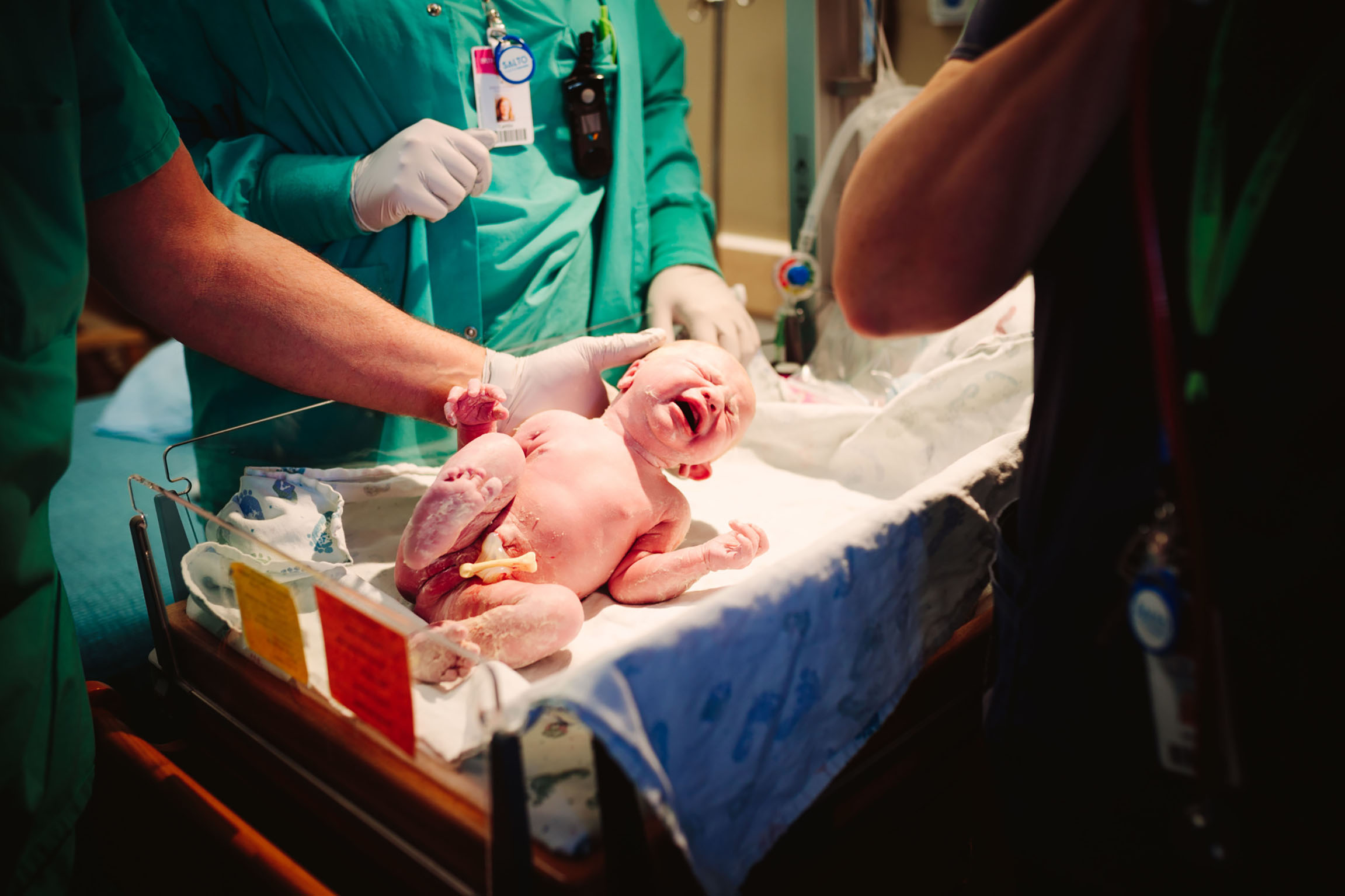 When I had Oaks he came a week late at 3am, he came on his own and I was in labor for 11 hours.  I pushed for 20 minutes and he was 9lbs 1oz.  This time around I knew I had giant babies and I had a two degree tear from Oaks, and recovery was a little harder, so I decided to schedule a 39 week induction with Liv.

The whole time she was measuring bigger, so I knew she was going to be big.

I was scheduled to be induced at 6:30am, April 17th 2019.  The night before was hard putting Oaks to bed, because I knew this would be the last time it was just us 3.   You sort of grief a month prior to giving birth.  At least I did.  The loss of just the 2 of you together everyday.   But IT’S SO NORMAL.  Once they get here, it’s all good!

So that morning came and I woke up late… (who does that) & we also had to turn around because I had forgotten my igloo (I thought I was prepared…!)  Which was SO important, because that was what my placenta was getting put in after birth.   Living mom birth encapsulated it by the way, but thats a whole other blog post.  Which by the way, was THE BEST DECISION I’ve ever made.

I finally got hooked up at about 8am that morning.  They were having computer issues and I was late.  So I got the IV and the pitocin, I was at a 2 when I started.  So I felt some contractions, which I always love to do before I get the epidural.  Then I asked for it about 30 minutes later.   I didn’t want to be that numb right off the bat, but after he did it (I was sitting up for it) I only could feel it on my left leg.  Which, when I got it with Oaks, they had me turn to the side and that way it could get everywhere evenly.   Anyways, I believe that had a lot to do with it.   So I had to keep turning sides, and then I pushed the button for more and got WAY too numb.  My leg kept flopping off of the bed, and I had no idea it was just hanging there.  It felt like I couldn’t feel my legs, but hey, better numb than feeling all the pain in my opinion.  Whoever has done it naturally, you’re a rockstar.

Once he got there, I was ready to push this baby out… 30 minutes ago doc!  I was going for it HARDCORE you guys.  I loved that he had me sitting upright because I could see her come out.  With Oaks, I was lying flat on my back and from there, came up to push, so I couldn’t see anything.   Anyways, I pushed in 2 pushes, which took me 2 minutes.  My labors are really easy, so I’m very fortunate and grateful to have a wide set vagina (mean girls)… but really hashtag blessed.   Got it from my momma!  Okay back on track..  so I just got that little girl out so quick, and to see her is everything.  The best moment in life.  I bawl every time I watch this video.

They quickly cleaned her off, so we could do skin to skin.  From that moment on, we did skin to skin for about 2 hours, then we nursed and she latched on really quick, which you can see in the video… not my nipple, but you can see us saying going “there she goes!”

My plan was to just have TJ and I there the full day and no visitors.  I explained more on that in MY 5 RULES TO A PEACEFUL POSTPARTUM RECOVERY.  So it was just us all day.  Then my plan was to have my mom, sister and best friend Megan, show up with Oaksie to meet her later that night, so I could get him meeting her in the video.  He came in at 6pm and had a stuffed animal for her, and she had one for him too.  I wanted him to feel welcome and comfortable as much as possible.

Let me just tell you something about this, don’t have ANY expectations of your kid(s) meeting their new brother or sister for the first time.  I think especially the first child meeting the second child.  But who knows, this is only my second.   I had a little expectations that he would at least hold her, but NO.  He was very hesitant and scared.  He didn’t want anything to do with her actually.  He was also nervous too.  He’s really never seen a baby like this before, so he thought she looked like a little alien.  He kept saying “her eyes are weird”.

I had moments of feeling guilty in the hospital because Oaks went home and cried that night. He kept saying “I want my mama” and would wake at night.  That made me cry and feel bad, but this is all normal.  This is how you grow your family.  These things will happen, but just know it gets better.

He came to visit the next day and slowly would look at her and just point, still no holding.  He also cried that day when he had to leave too.  I would recommend only having your kid(s) come once to the hospital.  I shouldn’t have had him come twice.  This was a hard transition for him.  I had feelings of rushing home to see him, but I was also glad we stayed the 2 full days and 2 nights, because that was a time with just us 3 to enjoy together.   Really, your time with just them is very limited, so enjoy the hospital stay!

When we got home, Oaksie seemed irritated a little.  Got upset a little more easily than normal, which is to be expected.  He kept wanting me to play with him, but thank god I had a support system in place.  TJ was home for the whole week, and best friend Megan who has a little boy named Cohen, both only 3 months apart, they’re besties too.  My mom and sister took him all weekend, since it was Easter weekend, they did fun Easter activities.   Anyways, my friend Megan,  came and took him to school and kept him after school to help me out.  Which is great! I’m so grateful for my family and friends who help out.   So set up a system prior to giving birth.  I had arranged for neighbors to bring dinner, my mom was here for the weekend and just took him out to play all weekend.   You can’t move that much, so set up the help!

I had a hard time not being the one to take Oaks to school.  I had a good few cries, but my recovery was amazing.  If you go read that post I linked you can see why!  I had a plan in place to help and the placenta helped SO MUCH.  Still taking it to this day and Liv is 2 months old.

Don’t get me wrong, not everyday was easy, the first week was really hard, but had I not had the plan in place AND encapsulated my placenta, I KNOW I would’ve been a HUGE mess, crying every second like I did with Oaks.

I hope that will help you mamas.  Postpartum recovery is hard.  I had a really hard time with Oaks, but this one was much easier.  She weighed less, encapsulating my placenta was huge, less visitors, more sunshine and more walks, took the help, my husband was home this time, didn’t spend time on my phone, etc.

Giving birth is the greatest gift!! I love my babies so much.  Hope you enjoy this video as much as I do! 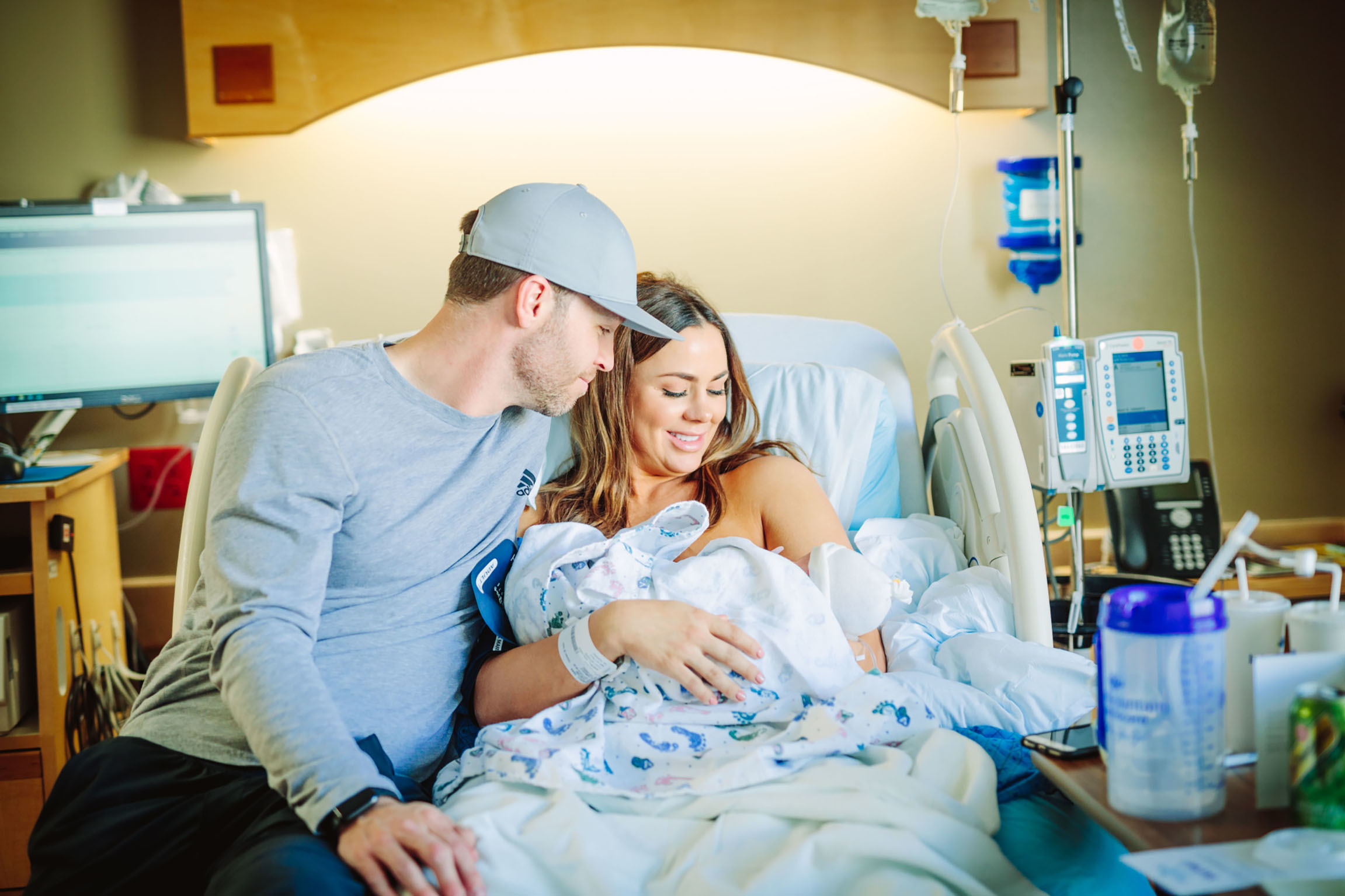